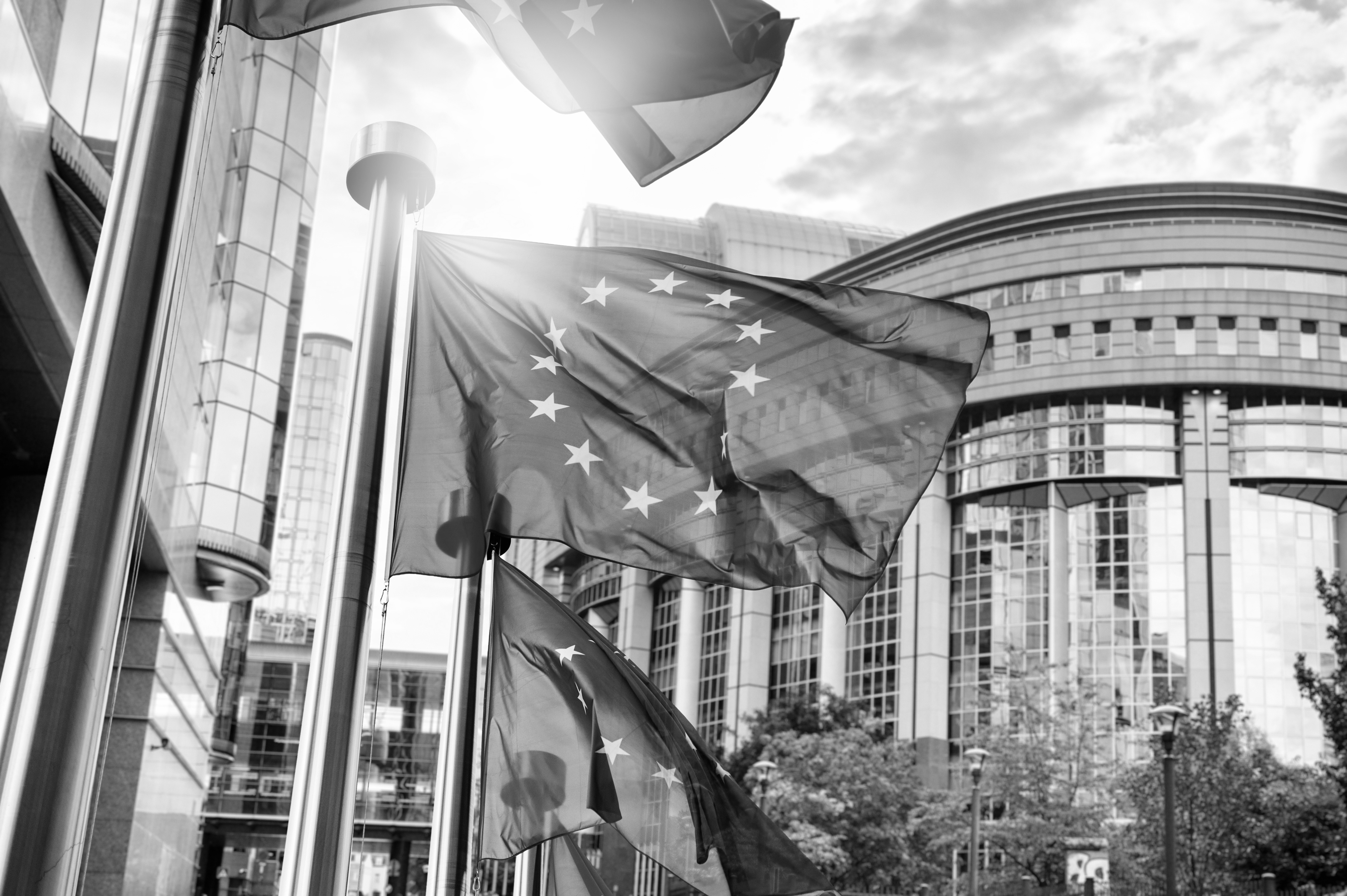 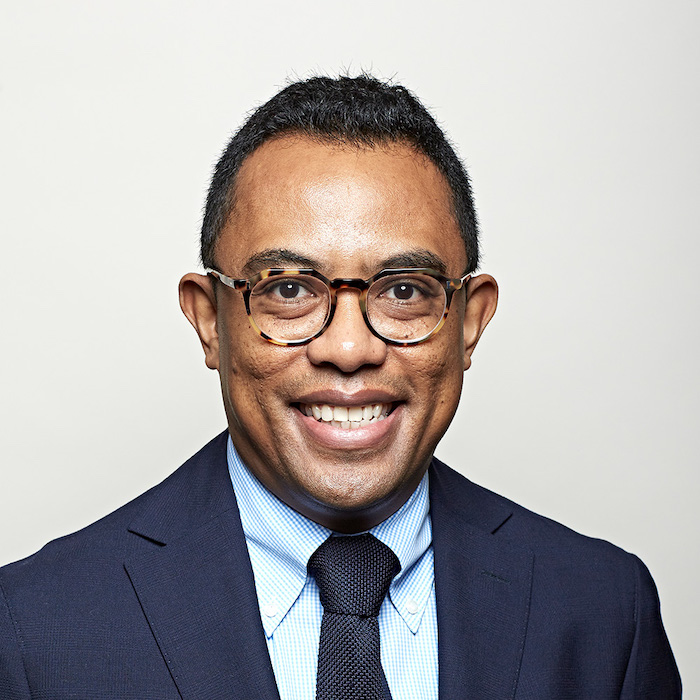 The Capital Markets Union – a land of opportunities for Asset Managers

European Commission President Jean-Claude Juncker once famously said “Borders are the worst invention ever made by politicians”.

Since taking up office in 2014, his Commission has been addressing tackling this with the highly ambitious Investment Plan for Europe. The objective is to remove obstacles for the sustained improvement of the economy which will benefit the European people, regardless of where they are located.

Five years on from the conception of Juncker’s Plan, it has been reported that EU GDP is up by 0. 6%, it is set to create 1.4 million jobs by 2020 and has helped to mobilise billions in private investment for the public good (exceeding original target of €315 billion).

These are not modest statistics – Juncker’s Plan is showing results and have laid down the foundations for further growth in the future. But there is still much to do.

A key ingredient in Juncker’s Plan is the Capital Markets Union (CMU). Since 2014, EU press have been dominated by a blizzard of challenging news; the monumental bailout of the Greek economy, a migration crisis and more recently, the UK’s Brexit referendum result so it is no wonder the CMU has had modest publicity to date. But it is an important Single Market project and one of the key pillars of Juncker’s Plan.

Essentially, the CMU’s key objective is to improve the free flow of investment all across Europe by providing the infrastructure to encourage people and companies to look across their national borders for investment opportunities and capital to benefit its people, businesses and infrastructure.

The CMU & the future of EU Supervision

Refreshingly, the CMU is not another stand-alone piece of regulation or legislation that adds to the mounting compliance burden that most European firms are already grappling with. Instead, the CMU is an umbrella for 23 separate but complementary proposals; 3 of which have been adopted into legislation so far.

In its essence, most of the proposals formed under the CMU umbrella is to move the European economy in one direction; To rejuvenate investments and deepen its integration by harmonising national regulation, legislation and supervision, and breaking down obstacles to cross-border investments.

As with any growth programmes, ensuring proper safeguards are in place is crucial to ensure lasting and sustained results whilst protecting all parties involved. To be fair, major European regulations introduced in recent years such as MiFID II (and also those about to be enforced e.g. PRIIPS) are playing a part in this vision for Europe by enhancing investor protection, increasing transparency and improving market efficiency to bring the confidence back into the European investments market. Though it may seem that the list of new regulation is ever increasing, we see that the themes and ambition are very much aligned.

With respect to supervision, removing national obstacles to cross-border investment and flow of money has accelerated the call for supervisory and regulatory convergence in the EU. This is particularly important in the area of funds distribution to encourage more cross border investments and support the creation of a Single Capital Market.

Perhaps, another argument for more commonality in supervisory principles, outcomes and culture is that one must also consider that breaking down national barriers may come with risks to the financial stability of the bloc. National crises will no longer be contained in the scenario of a true Single Market; the European Union will truly be operating as one. Enhanced convergence in supervision will help to address this new systemic risk and has been a strategic priority of the CMU proposals.

With the creation of a Single Capital Market, comes the need to have a single set of rules to govern it. Early last year ESMA launched an Interactive Single Rule Book for the securities market to help market participants understand the Level 1, 2 and 3 rules laid out in order to facilitate consistency in application across the member states.

However, it is not as straightforward as it looks. Whilst a single rule book for all member states is important (and the ESMA will ‘watch’ over it), the EU still has to recognise that a certain degree of national independence is afforded to the member states and its supervisory authorit(ies) as well.

We observed over the recent years that there has been a steady concentration of power at the ESMA, with some parties crying ‘land grab’ by the EU as a result of the UK’s imminent exit from the bloc. This may also be in part borne out of the growing call from the Commission for ESMA to play a stronger role in enhancing convergence. In a nutshell, this is the convergence dilemma: How much is too much centralisation / concentration?

What does it mean for investors, businesses and the asset management industry?

Historically, retail investors & businesses in the EU have preferred safer investments, i.e. more willing to invest within their national borders and in debt than in equity for fear of less certain returns.

A key objective of the CMU is to increase the range and choice of investments available to investors and businesses. And this is where we see the asset management industry can play a key role.

Armed with years of cross-border investing experience and management expertise, asset managers are able to assume the position as the ‘gel’ that brings together the interest of investors, businesses and new investment opportunities offered by the wider financial markets.

From an investor perspective, by making it easier for small and medium sized enterprises (SMEs) to raise capital on public markets, they have a wider range of investments to choose from leading to a potentially better diversified portfolio. However, these less established firms do come with a higher risk (and also higher expected returns) so acceptance and general take-up will take time.

For SME businesses, this is good news as the ‘promised land’ of public market capital may no longer be a thing for the distant future but something that can be seriously considered in the short to medium term. Having said that, businesses still have to weigh up the pros and cons as high listing fees and initial low take-up may still be deterrents.

What does it mean for product development? Is this innovation?

The CMU proposals and legislations to date have offered up new financing avenues and investment opportunities, with the addition of new products, fund vehicles and investment strategies, all geared towards the vision for a border-less capital market in the EU.

European Long Term Investment Fund (ELTIF) Regulation which came into force in 2015 created a new AIF cross-border fund vehicle that enables asset managers to offer investment opportunities in SME capital, infrastructure projects and real estate projects within the EU. They essentially have been created to raise funds to channel towards public projects and smaller businesses which historically have had less luck with raising capital.

Having said that, ELTIFs generally offer less liquid assets (hence higher returns and more diversification) but is another example of how the CMU have created different investment strategies.

Another important theme arising from the CMU proposals is the alignment with improving the market’s understanding of environmental, social and governance related risks and returns (responsible investing). It seeks to provide opportunities to connect capital with greener and sustainable infrastructure projects and SME businesses.

Another important measure from the CMU proposals is to promote retail savings and investment through capital markets via the creation of a pan-European Personal Pension Product (PEPP).

The introduction of PEPP has increased choice for retirement savings and builds an EU market for personal private pensions which pension providers could opt for when offering private pensions across the EU. Importantly also it helps to channel EU savings to much needed long term infrastructure investments.

Four years on, we observe that take-up has been relatively low but a couple of Italian fund houses have set them up (Muzinich & Cordusio Sim, and Eurizon). The right incentives have to be looked at and there is still work to be done to local level tax laws to remove any cross-border obstacles and consideration needs to be given towards a more suitable calibrated calculation of the regulatory capital that institutional investors should hold against infrastructure investments.

With new products and investment strategies, comes the need for enhanced promotion of financial education and setting up a market infrastructure to improve financial regulation and market efficiency. Though take-up is relatively low at the moment with ELTIFs and PEPP, we see this is as expected as it requires a cultural shift. Rome was not built in a day.

What does this all mean and what is left to do?

Careful expectation management is important here. The Juncker Plan is ambitious, and the CMU is not any different. Capital markets are still fairly diverse and for all EU28 states (maybe 27 in a few months) to fully embrace the changes and lower their national barriers, less political hustling and more results need to surface (which also begs the question of how we can concretely measure its success). All member states need to accelerate discussions of the remaining proposals with a common goal in mind; much-needed lasting reform of the European financial markets.

Juncker has announced he will not seek a second term so with the European elections coming up in May, the future of the current CMU proposals remains to be seen.

However, with economic short-termism, nationalism and populist politics on the rise in recent years, now is the time more than ever for initiatives such as the CMU to deepen the unity of the EU.

Why does culture matter for the Investment Management industry?